I expect the public view on these items to be similarly distorted in most Western countries:

„- Teen pregnancy is thought to be 25 times higher than the official estimates: 15 per cent of of girls under 16 are thought to become pregnant every year, when official figures say the amount is closer to 0.6 per cent.

„Among the other surprising figures are that 26 per cent of people think foreign aid is in the top three items the Government spends money on (it actually makes up just 1.1 per cent of expenditure)“

British public wrong about nearly everything, survey shows
A new survey for the Royal Statistical Society and King’s College London shows public opinion is repeatedly off the mark on issues including crime, benefit fraud and immigration. 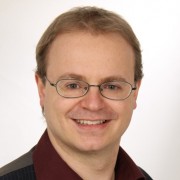